Resisting Time The restaurant hasn’t changed much since 1932. Lovers of Paris don’t like the city to change, and while that may be a retrograde attitude, it is still extremely comforting to return many years later to a restaurant you … Read More 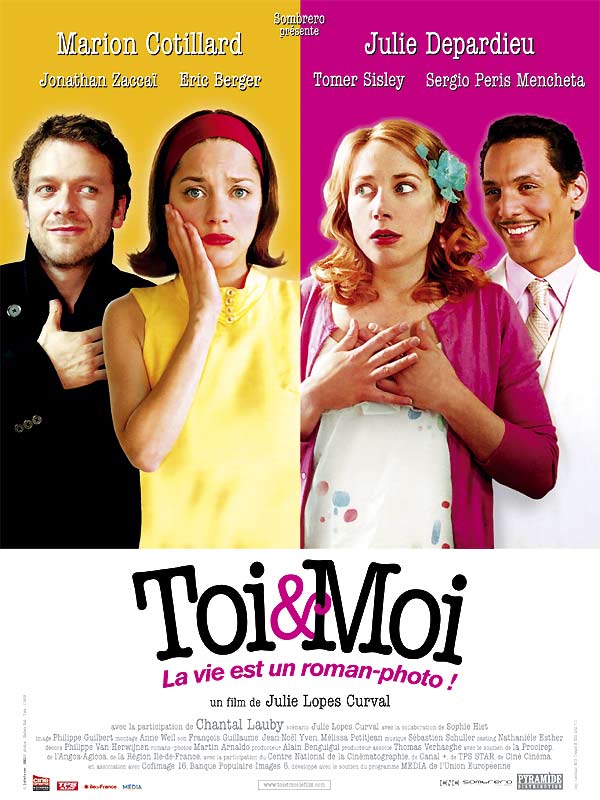 The conceit of Toi et Moi (You and Me) is that one of the main characters, the pretty, ditzy Ariane (Julie Depardieu), is the author of Toi et Moi, a roman-photo, a sort of comic-book version of a Harlequin romance, … Read More

The Joys of Jaoui Jaoui’s first album is a fine showcase for her talent as a singer. Actress, screenwriter and filmmaker Agnès Jaoui has taken on a new role, that of singer. Her first album, Canta (Tôt ou Tard; to … Read More

Sweet Sounds of the Suburban Melting Pot Something new for la chanson française. The young singer/songwriter Anis Kachohi may have been born and bred in a Paris suburb, but he is no car-burning delinquent, as the media would have us … Read More

To Market, To Market Seura’s overview of what the new Halles quarter will look like, from the Bourse du Commerce (bottom) to the Cdntre Pompidou (top). Back in the 12th century, a marketplace was built on a former swamp in … Read More

Dining in a Time Warp The lively scene at Robert et Louise. After hearing the distressing news that yet another Starbucks has opened in Paris – this one on the Rue Mouffetard – it was a relief to pay a … Read More

Belleville Up Close and Personal One of Belleville’s bucolic passageways. Belleville, a neighborhood full of unexpected charms, straddles two of Paris’s double-digit (19th and 20th) arrondissements, far from the city center. It remains practically unknown to tourists, and the residents … Read More

A long road from the Bahamas to the French airwaves for Diana Hamilton. A month or so ago, listeners to the radio station FIP (FM 105.1) – famed for its mix of musical styles, soft-voiced female announcers and blessed lack … Read More

Art Beyond the Border

Why would any self-respecting Parisian ride the Métro to the outskirts of the city and then mount a crowded bus for a long ride into the suburbs, far from the périphérique, that psychological dividing line between civilization and the rest … Read More