The Artist as Enigma “Le Vaticinateur” (1915). © ADAGP, Paris 2009 What could be more recognizable than a Giorgio de Chirico painting? A large stretch of empty space; lonely, featureless human figures or a statue; an architectural element here and … Read More

Irreality Show “Statue” from the “Deluge” series (2007). © David LaChapelle What happens when Jeff Koons meets Andy Warhol meets Pierre et Gilles? You get David LaChapelle. Call him camp, kitsch and commercial all you like, but his giant photographic … Read More

What Is Art? Nineteenth-century sugar silos from Southern Kerala, India. Photo: Georges Meguerditchian, Centre Pompidou After a recent visit to the Barnes Foundation and the nearby home of a private collector just outside Philadelphia, both of which demonstrated just how … Read More

Paris by the Sea “Sailboats in Sète” (1924). © Adagp, Paris 2008 What better way to spend a couple of hours on a winter day in Paris than looking at pretty pictures of the sea at the Musée National de … Read More 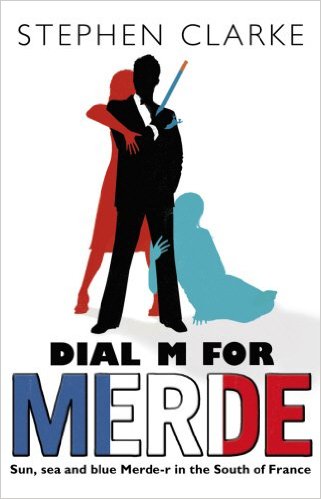 Fishing for Trouble in the South of France

Paris-based British writer Stephen Clarke has made the word “merde” something of a trademark – well, whatever works for you. And this franchise apparently works well for Clarke, since he has just published the fourth in a series of novels … Read More

Islanders Vindicated Moaï Papa. © Galerie Louise Leiris Rapa Nui, or Easter Island, has always exerted a strong fascination: a tiny “lost” island in the middle of the Pacific Ocean, 2,000 kilometers from the nearest land, it was home to … Read More

Convulsive Beauty “Portrait of Space” (1937). © Lee Miller Archives, England 2008. All rights reserved. www.leemiller.co.uk What a life Lee Miller led! The exhibition now on at the Jeu de Paume tells us rather more about its fascinations than about … Read More

Picasso may be lording it over the Paris art world right now with “Picasso et les Maîtres,” a mega-exhibition at the Grand Palais and two smaller ones at the Louvre and Musée d’Orsay, but there are plenty of other rewarding … Read More